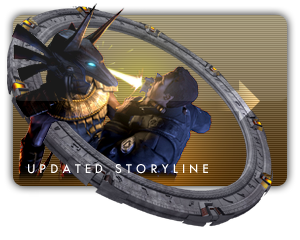 The original storyline, first written out over 5 years ago. The difference between this and the updated story is vast, but the central plot and generally the main storylines are almost one. Varying differences and even more information regarding countless other planets can be found on the newest version.

The Stargate Worlds story went through many iterations and redevelopments over the lifespan of the project, but the final story which was being worked on up until the point of the game's cancellation was as follows:

Community content is available under CC-BY-SA unless otherwise noted.
Advertisement